The Science of Having a Boy or a Girl 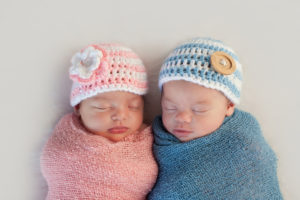 Most parents-to-be want a healthy baby, but many also wish for a particular gender. You have probably heard rumors for tipping the odds in favor of one sex or the other, but are any of them true? Explore the science of having a boy or a girl.

No matter what other factors may be at play, one thing is certain—the sex chromosome of the sperm that fertilizes the egg determines the baby’s gender at birth. If an X chromosome combines with the mother’s X chromosome, you get a girl (XX). And if a Y chromosome reaches the egg first, you get a boy (XY).

Factors that May Influence the Sex of a Child

Just about everyone has a nearly 50/50 chance of conceiving a boy or a girl. Having a family of all boys or all girls is almost always due to pure chance. Still, specific factors may slightly influence the odds that an X or Y chromosome sperm will fertilize the egg.

With so many factors at play, most of which aren’t within your control, the odds end up being about the same as flipping a coin. And chances are, the moment you hold your newborn, it won’t matter to you whether it’s a boy or a girl.

Are you interested in having a vasectomy reversal so you can welcome a new son or daughter into the world? If so, please contact the Center for Vasectomy Reversal in Sarasota, FL at 941-894-6428 for more information.